All You Need To Know About Cloud Interconnection

Many enterprises today have a range of assets residing in a mixture of both public and private clouds. As a result, there is a need to connect not just site-to-cloud but also cloud-to-cloud - use cases we would term Data Centre Interconnection (DCI) and Cloud Interconnection.

This demand for cloud interconnection shows no signs of slowing for the foreseeable future and is having an impact on enterprise and carrier networks, where a transformation is taking place in terms of connectivity types to meet the specific demands of the cloud.

Video traffic, eSports/gaming, rich media and streaming music, as well as an ever increasing array of mission-critical applications run directly from the public cloud are increasing demand for data centre interconnection and cloud interconnection, while the rapid growth of IoT (Internet of Things) will only exacerbate the challenges around bandwidth, reliability and latency.

While cheap and easily accessible storage and compute power changed the way businesses stored and manipulated data, the advent of public cloud didn’t exactly ring the death knell for private clouds and the corporate data centre as some had expected.

As a result, data centre interconnect and cloud interconnect - the need to connect one cloud or data centre to another or to a corporate site - is at the heart of new global business models.

Cloud adoption and digital content delivery and services are driving demand among service providers, but DCI is becoming more crucial for other industries as well. According to the Equinix Global Interconnection Index, global interconnect bandwidth is forecast to grow to over 16,300Tbps by 2023 - with 45% CAGR across all industries, from 2019.

Telecommunications, cloud, content, manufacturing and banking are all expected to be large contributors to total interconnect bandwidth by 2023. Smaller traffic areas, such as wholesale, retail, and healthcare, energy, and professional services are also expected to grow at double-digit rates leading to the need for higher capacity services over time, according to Equinix.

As a result, the need to move traffic between data centres or public clouds is driving demand for dedicated, low-latency, high bandwidth interconnection.

Traffic moves from North-South to East-West

The shift of workloads into the public cloud have highlighted the appeal of greater business flexibility and agility delivered as a benefit of on-demand capacity and pay-as-you-go pricing.

Business leaders are seeing opportunities to reduce Total Cost of Ownership (TCO) and increase the agility and scalability of their existing on-premises storage and compute by extending their data infrastructure to the public cloud.

Although one of the biggest drivers of increased bandwidth demands is coming from the adoption of business software applications being consumed in the public cloud the same is also true of those applications in the private data centre.

This means the data centres and public clouds now need to talk to each other, so businesses need to deploy interconnection that is as flexible and agile as the dynamic digital assets they already rely on.

Gaming has exploded into a sizable industry over the last decade as the cloud has reduced reliance on physical media for distribution - consumers can now download multi-gigabyte software packages in a matter of minutes - and improvements in consumer internet connectivity have driven demand for online multiplayer experiences.

Something that has become apparent and very popular during the course of 2020, with rolling lockdowns keeping people at home, is that increasingly high-end games can be streamed directly to devices such as laptops, tablets, consoles and mobiles over a solid internet connection, with cloud-based servers doing all the heavy lifting at the back end.

Popular offerings include Google Stadia and GeForce Now. Hong Kong Telecommunications (HKT), a PCCW Group member, also offers a service called Netvigator that offers low-latency consumer connectivity, designed for hardcore gamers, and pairs it with guaranteed connectivity to some of the most popular gaming servers.

For the last several years, PCCW Global has also been working in close collaboration with Cyber Games Arena (CGA) and Electronic Sports League (ESL) to deliver resilient high speed and ultra-low latency connectivity for the Return of the Legends tournament.

League of Legends (LOL) is one of the world’s most watched eSports games, with several million viewers watching and betting on live streams of the matches simultaneously.

According to Paul Gampe, PCCW Global CTO, “eSports is an area where we're having some significant success because gaming companies need low-latency broadband connectivity,” he said.

“When we connected the gaming service for League of Legends through to the Hong Kong tourism board for the sports event in Hong Kong, these are the new trade routes of the world and being able to provide a platform that orchestrates that connectivity is really impressive,” he said.

With a growing number of software companies operating out of the public cloud, it’s critical for SaaS companies to be able to provide access at locations close to their customers in order to deliver the performance required.

This is particularly pertinent right now for providers of collaboration tools and other cloud-based video conferencing solutions. These companies depend on reliable interconnectivity to their cloud assets due to the latency-sensitive nature of real-time communications software. 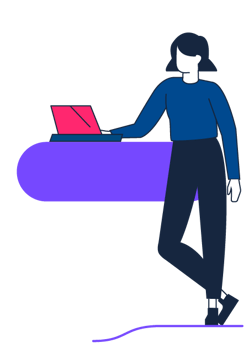 Rather than rely on the public internet, which is unreliable, lacking in resilience, and insecure, SaaS companies need to be able to create dedicated cloud interconnections to enhance the quality of audio, web, and video calls for their customers.

For example, one company that uses Console Connect found that its video conference calls across Europe and North America tended to work well because established internet peering relationships facilitated a strong internet connection. But as soon as the service was outside those two regions the quality of the service wasn’t up to their usual standards.

Additionally, many SaaS providers may host their platforms with a public cloud provider - and so it is also important for the interconnection provider to have pre-provisioned capacity with all major cloud providers and their regional cloud zones worldwide.

Redundancy and resilience are essential to an interconnect strategy

When it comes to cloud storage, each vendor’s offering has its unique selling points. Google Cloud has become known for AI and Machine Learning optimisations, while Microsoft Azure is well suited to businesses reliant on the company’s business applications.

The growing reliance on public cloud has also made itself known on the occasions when significant outages have left companies almost inoperable. Moving all your eggs to one public cloud basket can actually centralise the risk of service downtime and operational disruption.

As a result, large enterprises and cloud-based businesses have become very nervous about dependencies on a single cloud, with a strong argument that the same workload could be run across different providers to ensure redundancy.

This is probably one of the reasons why a growing proportion of enterprises have a strategy around multiple public clouds and the vast majority will maintain a mix of public and private clouds.

In terms of interconnectivity, the network mix has to shift in parallel, allowing for workloads to move seamlessly between public and private cloud platforms, while creating a consistent architecture across both environments.

As a result, businesses need to deploy data centre and cloud interconnection that is as flexible and agile as the dynamic digital assets they already rely on in order to protect themselves against service failures and outages. 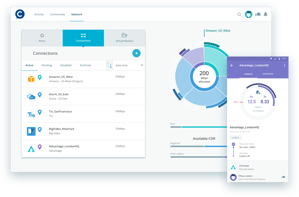 As the public cloud becomes the host for an increasing number of mission critical applications, network demands for security speed and agility are growing rapidly. Console Connect can help solve these problems with business-critical connections that are simple, secure and flexible.

Directly connect to major cloud platforms including Amazon Web Services, Microsoft Azure, Google Cloud Platform and IBM Cloud from any of our growing number of data centre locations in 50+ countries. 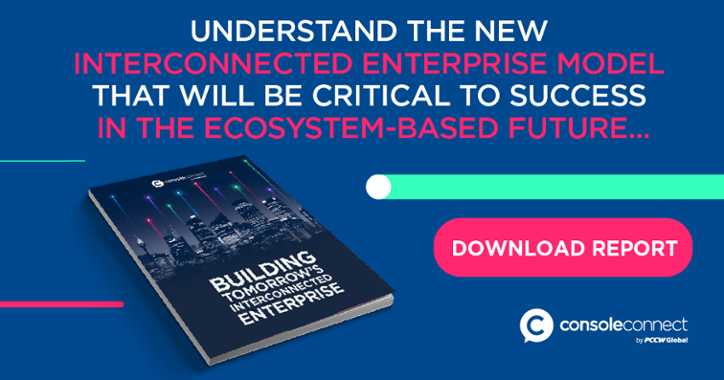