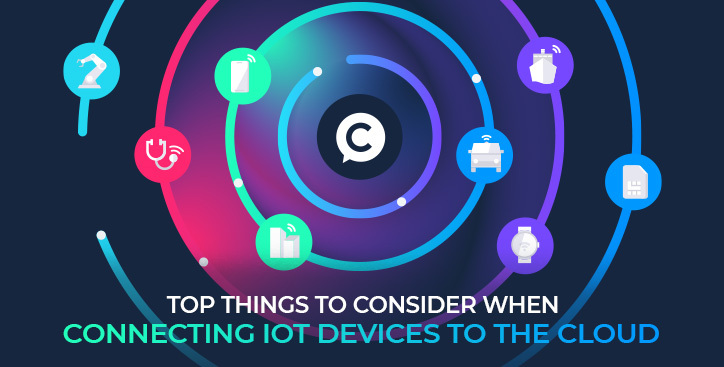 Use cases for the Internet of Things (IoT) range from trucks, to shipping containers, to people, to cows. An organisation’s assets can be mobile, autonomous, even sentient - and the applications for tracking these assets are as limitless as the assets themselves.

Analysts have identified asset tracking as the fastest growing industrial IoT market and it is expected that most connected devices will be location aware within the next decade.

These same devices will also have high expectations of battery life to reduce the need for human maintenance and will be tasked with passing various information back to an edge gateway or to a central cloud.

Not every use case needs direct cloud connectivity

It may seem like cloud connectivity is an integral part of IoT deployments, but for some applications it would be better to go cloudless.

In this case there are options such as edge computing, or fog computing, that can bring processing power physically closer to where the data is generated to improve latency, or keep sensitive data isolated from a greater network or the internet.

Cloud connectivity could also be dependent on the capabilities of the devices themselves however. Small form factor trackers that rely on short range connectivity to monitor the movement of robots within a warehouse, for example, might only need to be useful in a limited geographic area.

While adding longer range antenna capabilities could mean increasing the footprint of the device, or using an unwieldy external antenna.

In this case a Bluetooth tag might be used for tracking the assets within a localised area, where a Bluetooth-based mesh protocol is used to provide precise positioning and communication with the backend software while yielding multi-year battery life.

The Bluetooth mesh could then relay data back to an LTE-M gateway, which aggregates the data and either passes it on to an edge location for fast compute, or pushes it to the cloud to be mixed with other data from different sources.

When to push data to the cloud

A centralised cloud instance has access to significant compute and storage and can also connect to other data sources.

IoT devices may only have very limited local storage capability - like a remote camera, or for very small form factor devices, perhaps none at all.

Other IoT devices, such as a temperature sensor, a vending machine sensor, or a traffic light, may require extensive processing power to complete tasks or forward information on to a central repository where it is pooled with other data.

Cloud connectivity also gives users the ability to manage IoT devices and applications from an integrated and perhaps singular interface. Such as a fleet management application that shows the location of all trucks in a fleet via a single dashboard.

Some applications are ‘cloudless’

There are cloudless platforms, such as Microsoft Azure IoT Edge, that enable organisations to run workloads on edge or fog compute devices closer to the source.

This might be important for remote facilities or problematic locations where network connectivity is limited or unavailable.

The IoT devices might be producing sensitive information that has a requirement to stay on a closed loop network, close to where it is generated. Or the location itself could be highly sensitive, such as monitoring devices used within a nuclear power plant.

The cloud, as we know, is a centralised infrastructure asset with considerable storage and compute power, with the key players being Amazon AWS, Microsoft Azure, or Google Cloud Platform.

Edge networking moves some hardware, right to the network edge and may be able to perform some simple computation and storage, but is more likely to act as a gateway that aggregates data from multiple IoT endpoints, such as a range of sensors in a single location.

Fog nodes, as the name suggests, are less dense than a cloud, but reside closer to the network edge and are typically single pieces or clusters of hardware outside of a cloud or data centre.

Fog nodes are able to provide the required compute or storage at a physically closer location to the IoT endpoints, delivering an ability to generate faster RoI - especially in sectors like retail - by reducing WAN traffic by locally caching data.

Private connections between IoT devices and the cloud

Console Connect IoT addresses some of the security and performance challenges of connecting IoT devices to the cloud by providing automated and flexible end-to-end secure global IoT connectivity from edge to cloud.

Delivered via an extensive worldwide partnership of 2G, 3G, 4G – and soon to be available 5G - cellular networks, Console Connect is able to provide one unified connectivity management portal and/or API to integrate its IoT capabilities with your own systems in a fully automated fashion. 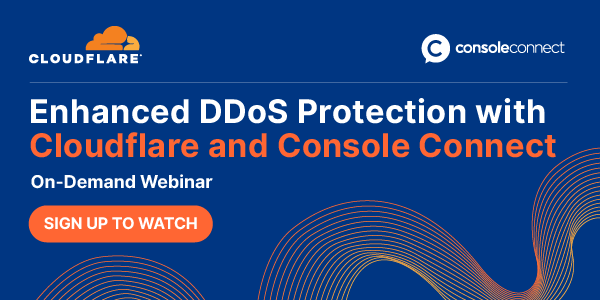