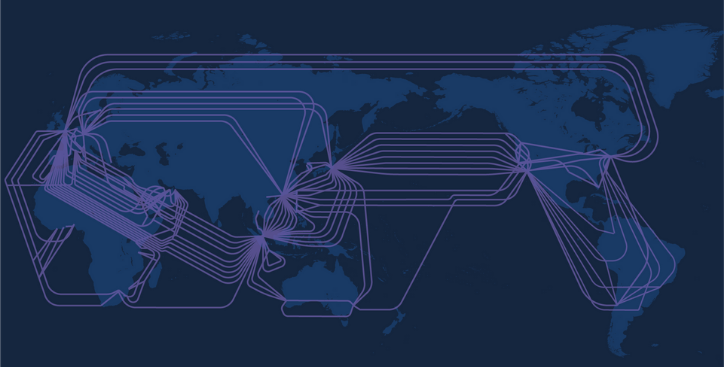 Since the turn of the century, Multi Protocol Label Switching (MPLS) has been the de facto technology for providing organisations with a robust way of connecting branch offices and important sites like corporate headquarters or private data centres.

In this blog, we look at how the role of MPLS networks has evolved alongside the emergence of new networking technologies.

The strengths of MPLS

The success of MPLS owes much to its capabilities. The packet switched, high performance network technology is considered to be a highly reliable and scalable method for transferring data from one network node to the other.

Optimal routing means MPLS can achieve very low latencies, and the fact that it is a private network bolsters the security. MPLS can also guarantee sufficient bandwidth and managed variation in latency to ensure appropriate application performance and eliminate jitter.

But for all its benefits, an MPLS network is not something that can be deployed or modified quickly, easily or cheaply.

A couple of decades ago this wasn’t much of an issue. But as cloud adoption has changed not just the pace of business but the way in which organisations operate, engineers and CIOs have sought out more agile network technologies that can better support the flexible, on-demand nature of the cloud.

It used to be that enterprise IT infrastructure required lots of upfront planning and relied on a method of capacity pre-provisioning that was mostly guesswork. Given the cost of an MPLS deployment, network managers would err on the side of caution, resulting in many networks being under provisioned from the start.

The operations team would tend to buy exactly what they thought they would need in terms of capacity over a multi-year term, without any form of buffer for future traffic demand. They would then use hierarchical application and service rules to ensure critical traffic is prioritised.

New site deployments for MPLS can take months, and any reconfiguration that has to be done on the live network makes for an intensely manual management process.

Throw into the mix the exponential growth of network traffic, as well as the need to connect to an array of private and public cloud environments and Infrastructure-as-a-Service, Platform-as-a-Service and Software-as-a-Service, then add the COVID-induced shift from office working to home working, and you have a legacy infrastructure that is struggling to keep up.

However, the transformational power of new technologies such as Network Function Virtualisation (NFV) and Software Defined Networking is fundamentally changing the enterprise relationship with MPLS networks.

According to the 2021 State of Disruption Report, with the onset of SD-WAN, the industry expected MPLS usage to decrease, but that hasn't been the case. In fact, many enterprises continue to make use of their already significant MPLS investments, in addition to increasing their usage of SD-WAN.

While over 60% of enterprises aim to increase their SD-WAN usage in 2021, a similar number (59%) plan to increase MPLS usage as well, according to the report.

This is largely because the consistent, optimised and critical delivery nature of MPLS is still required. But, for most enterprises, the relationship with MPLS is changing. Organisations may be capping spending on it; or they may be going from a strategy of putting MPLS everywhere to only putting it in larger or more critical sites.

The challenge is that MPLS struggles to adequately support the highly accessible nature of the public cloud because it needs a pre-configured termination point and end-to-end bandwidth management of the connection.

This is easily done in the corporate data centre and sufficed when heavy applications were all backhauled through a managed network to a central site, but as the public cloud is owned and operated by other organisations, deploying appliances and managing the bandwidth on other organisations’ networks is not an option.

Furthermore, the way in which we use resources and IT assets has changed. There’s a good chance today that demand for high capacity access is temporary. Let’s say you need to get access to a SaaS provider for a couple of weeks to run certain accounts or functions.

If you were to do this over a static MPLS network it could be difficult, especially if you do not have a presence in the data centre required. Establishing a link alone could take months and would likely lock you in for three years.

This is where a NaaS platform such as Console Connect by PCCW Global really starts to shine by providing that form of short-term connectivity. Furthermore, the NaaS links are run as a seamless extension of your existing MPLS network. But unlike a traditional MPLS network, when no longer required you can dial the service back down or even disconnect completely.

The flexibility of NaaS

The very nature of NaaS makes it a flexible solution for many of the challenges facing network engineers and CIOs today. It’s on-demand, pay-as-you-use model makes it highly versatile in highly unpredictable situations, enabling network managers to fire up connections when additional bandwidth is needed, and to tear the circuit down when done.

NaaS delivers the vast majority of advantages of a dedicated MPLS network, but with more agile capabilities. The PCCW Global MPLS network that Console Connect sits on means organisations have a layer of redundancy only offered by an international carrier.

But your own flexible, scalable, point-to-point connections, between offices, data centres, and public and private clouds, can be set up and torn down on top of that infrastructure in near real time with no long term commitment. 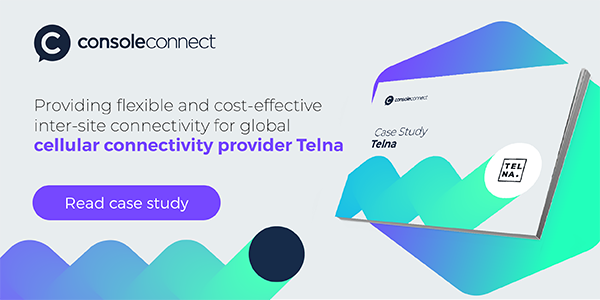