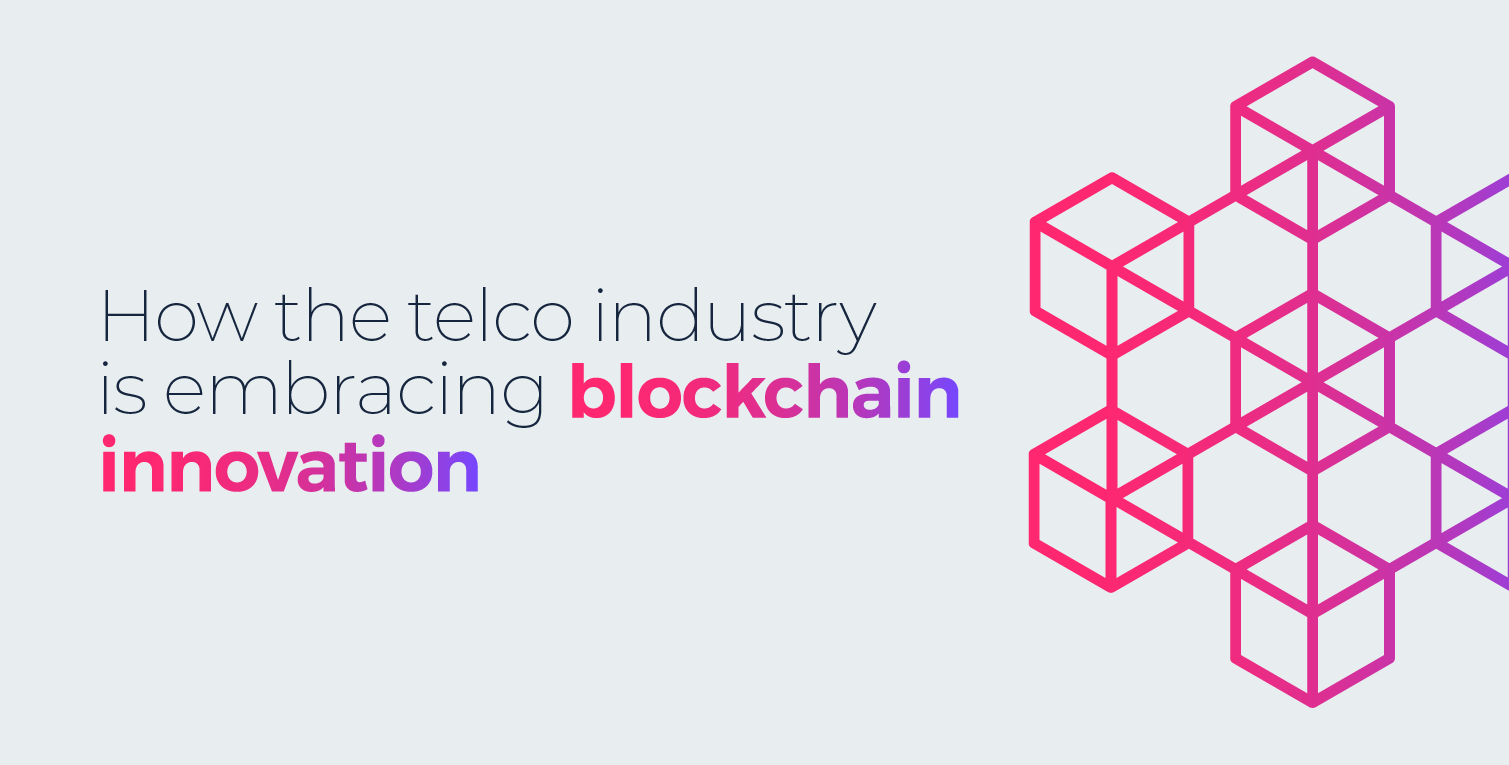 Network-as-a-Service (NaaS) has unlocked the ability for organisations to set up and tear down links between assets and scale bandwidth in real-time, matching the capabilities of the cloud.

But in the back end, especially when it comes to settlement, many service providers still rely on manual processes, and this is where blockchain innovation offers much promise.

Since 2009 and the launch of the first blockchain and its first application - Bitcoin - the conversation has shifted from one of curiosity around ‘digital cash’ to how the underlying distributed ledger technology can be applied in other circumstances.

Blockchain technology is being investigated by many industries where labour-intensive manual processes have become the historical norm.

Supply chain is a good example. It’s a sector where the use of blockchain technology has made it possible to build a digital ecosystem on a global scale; ensuring food production and distribution can be tracked for its quality, safety and origin across the supply chain from farm-to-fork.

Now with innovations such as smart contracts, blockchain also offers significant potential for the automation of inventory management and billing and settlement between telecoms operators, with action being driven by several industry forums. Communications Business Automation Network (CBAN) is one such forum, which counts Console Connect among its membership and is currently chaired by our CTO, Paul Gampe.

CBAN has spent several years developing proofs of concept and in partnership with Console Connect and a number of other carrier partners has moved into the production stage with its use of distributed ledger technology for the automated settlement of network services. In fact, the solution has recently been recognised at the Global Carrier Awards and World Communications Awards

What is a blockchain?

A blockchain is a cryptographically secured, distributed and scalable database that accurately records information where no one entity has the power to manipulate the data. This means the information stored on the chain can be trusted by all participants.

Contrary to popular belief, the information on a blockchain can be altered, but doing so requires consensus from the majority of participants. This means any attempts to manipulate the data are immediately obvious and very difficult to achieve.

So, an immutable blockchain as a distributed ledger provides an unchangeable history of transactions.

It’s clear to see why this makes blockchain an attractive foundation for digital money, but this same property also makes it useful as a way of recording order information, billing for the services ordered, and proving settlement among wholesale carriers. Cryptocurrency was just the first, but is not the only application of the technology.

What is the application of blockchain for inter-carrier settlement?

Dealing with the highest volume transactional elements of the telco business, especially in wholesale, has traditionally involved a lot of spreadsheets. Many telecom operators still maintain a veritable army of analysts, armed with a corporate licence for Excel.

The industry has seen the benefits that automation bring to the provisioning of network services, and is now exploring ways to automate these backend processes.

But service assurance and the introduction of network automation makes the billing and settlement process more complex - because parameters are changing within the contract lifetime itself. This is something that blockchain lends itself to very well.

There are a couple of great uses cases for distributed ledger technology with smart contact capability that are relevant to the telecoms industry:

What progress has been made so far with blockchain innovation in the telecoms sector?

There’s a few initiatives under way that will help advance the settlement process between carriers.

One of those is around the development and adoption of API standards. API standards are critical for bringing down the barriers for automated interconnection between networks and developing a common set of languages for developers and engineers.

Console Connect is part of the MEF’s LSO Sonata API standardisation initiative, and we are working with services providers worldwide who are also already in production with or plan to implement LSO APIs for automating inter-provider transactions by the end of 2023.

This forms part of a broader effort to standardise multiple sets of APIs enabling service automation across multiple providers and over multiple technologies.

This is complementary to the work we are doing with CBAN, which is more focused on the adoption of automated settlement in the communications industry, specifically the tokenisation of assets that can lead to automated reconciliation.

Working with other carrier partners, Console Connect has already tokenised service records and can automatically reconcile to a smart-contract-negotiated threshold. Next, the company will look to move its entire settlement workflow to a distributed ledger.

Inter-carrier settlements are the trading mechanism by which telecom operators are able to exchange services with one another to enable voice and data services to connect around the world across multiple networks.

Because no one carrier could ever have 100% global coverage or predict where it needs to connect customers, these interconnections are managed on a wholesale basis - where for example, carriers buy voice minutes from each other to meet customer needs. Tracking, billing, and settling these transactions is a time-consuming part of the process.

In terms of gains, use of a permissioned blockchain-based solution can dramatically cut down settlement times, as well as significantly improve the verification process for transactions.

With an automated solution that uses a smart contract, each order and its billable attributes are recorded on a distributed ledger that is made accessible to any participating carrier.

This not only eliminates the manual paper verification process, it reduces settlement times from several months to seconds.

What’s next for blockchain adoption in the telecoms sector?

In terms of blockchain use cases and revenue potential, a report by the GSMA estimates that telco blockchain revenue is estimated to reach around $1.8b of $19.9b by 2024.

There is also huge scope for fraud management use cases where $28.3b was lost to fraud in 2019.

There are therefore significant long-term drivers for the telco industry to deploy a blockchain-based solution.

But, success hinges on industry-wide collaboration. Here we’ve identified three steps that carriers can take to get going with their own blockchain journey:

It’s not just the telecoms industry that will benefit from a blockchain-based solution for inter-carrier payment settlement.

Enterprise customers too will be able to tap into new opportunities with automation, which is helping improve efficiency and reduce operational costs – at a time when most businesses need it most.