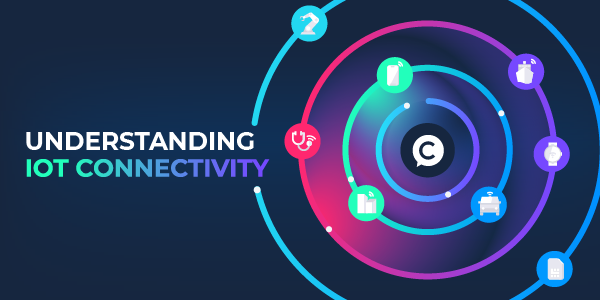 When it comes to starting your IoT project, organisations have a wider selection of connectivity options than ever before.

In this blog, we consider which connectivity type might suit your IoT project best.

When looking for the best fit for an IoT deployment, there are many different aspects to consider. But it typically comes down to three basic considerations:

Other considerations such as cost, data throughput, mobility, latency, indoor penetration, security and redundancy, could become more significant depending on the IoT device, the environment it is being deployed into, and the capabilities an organisation requires.

Some of the connectivity solutions below were created specifically for certain IoT scenarios and applications while others offer generic internet connectivity but can be used perfectly well nevertheless.

Cellular connectivity is the most widely deployed technology in IoT. The mobile network operators have been developing and promoting the benefits of M2M and now IoT for years as the field represents many billions more connections over and above saturated market of mobile subscriptions.

Cellular does come with some notable benefits over other IoT connectivity solutions. All devices need is a SIM card and the world is spanned with near ubiquitous cellular coverage. Furthermore, faster lower latency RAN technologies 4G and now 5G have broadened the potential for new applications such as video. The industry has even created specialised networks for IoT including LTE-M, Cat-M1, NB-IoT.

Wi-Fi is also a widely deployed connectivity technology. It is affordable and connectivity is both straightforward and relatively reliable.

There is a certain amount of mobility with Wi-Fi, and until recently it offered faster speeds than cellular. However, Wi-Fi does not offer the same level of redundancy as cellular since
Wi-Fi connected devices are usually reliant on a single router rather than having the flexibility of connecting to different base stations. Password protected Wi-Fi is secure, but it does not offer the same level of security as cellular.

Arguably, Wi-Fi’s greatest strength over cellular is the low cost of connectivity it offers. Wi-Fi connected devices can stream huge volumes of data without concern over the rising cost of data. Wi-Fi’s greatest weakness though is its range.

Wi-Fi is effective in small areas, but it has trouble penetrating walls. Furthermore, it is susceptible to interference as all Wi-Fi operates at either 2.4 GHz and/or 5 GHz, so separate networks may interfere with each another if they are situated too close to one another.

Ethernet offers a major benefit over wireless counterparts with its ability to transmit or receive larger volumes of data from 10Mbps to 10Gbps. Mobility though can be limited since every IoT device needs a fixed connection.

Installing Ethernet connected devices in older buildings or plants could increase up the cost of deployment compared to wireless solutions.

Another common connectivity option for IoT devices is Bluetooth. Like Wi-Fi it is relatively simple to set up, however, the range is even smaller. To increase coverage, Bluetooth can be set up as a "mesh" network. Each connected device acts as a distinct node that offers Bluetooth service within a range rather than having a fixed coverage based on a central node.

Having a small range is not always a bad thing. Bluetooth’s limited ranges means it is unlikely to create interference with other wireless systems. It also has very low energy requirements. Bluetooth is very useful for applications that are not particularly data intensive. However, it is even less mobile and less secure than Wi-Fi.

The key benefit of this technology though is that unlike cellular it uses unlicensed frequency bands, so organisations do not pay for data if they control the infrastructure. The key drawback though is the absence of roaming agreements between providers, which means that if an organization operates outside of a provider's network, it needs new contracts or new hardware.

Anything that connects to the internet can be used for IoT. That includes technologies such as:

Console Connect IoT provides a global connectivity solution to meet the needs of any IoT deployment - from edge device to cloud across 180 countries.

Delivered via an extensive worldwide partnership of 2G, 3G and 4G cellular networks, Console Connect is able to provide one unified connectivity management portal and/or API to integrate its IoT capabilities with your own systems in a fully automated fashion.